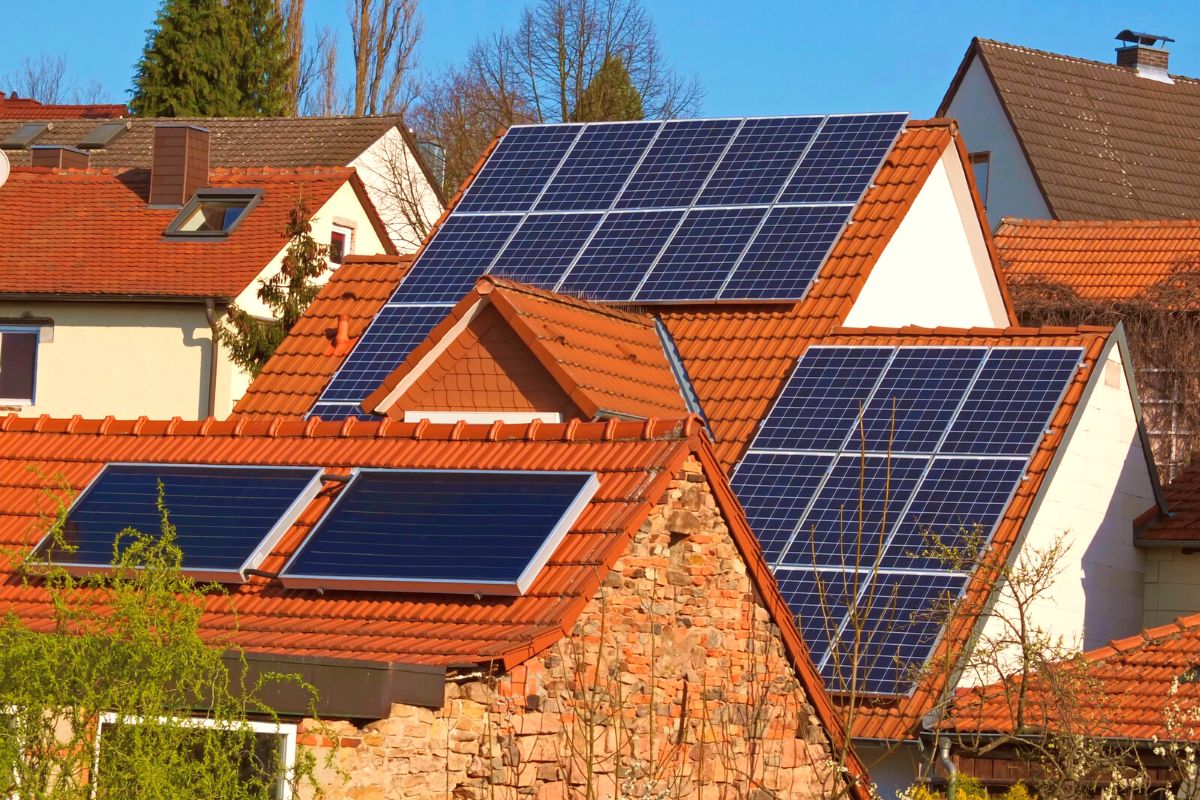 I know most of you guys might have used solar panels in one way or another, yet you don’t know how they came into existence.

To cut a long story short…

Solar Panel technology was developed periodically and with several contributions from diverse scientists between the late 1800s to date. Yes, the 1800s – that long time ago!

There is more to this tale, and I’ve laid it all in black and white for you below.

When Did Solar Panels Start Being Used?

Scientists Daryl Chapin, Gerald Pearson, and Calvin Fuller first manufactured solar cells with better efficiencies in 1954. The three discovered that silicon could generate a modest amount of power when exposed to the sun’s light.

The three, working in Bell Labs, were the first to develop PV power that was strong enough to run an electrical device for hours a day.

During this time, their silicon solar cell converted sunlight at a 4% efficiency.

Today, we have reached solar cell efficiency of 30%+.

In 1958, NASA built a tiny Vanguard I satellite with a 1-watt solar panel that powered its radios. This same innovation was later applied to the Vanguard II, Sputnik-3, and Explorer III in the same year.

In 1997, the Sun Power program created Pathfinder Plus, the first solar-powered UAV (unmanned aerial vehicle) that reached a record-breaking 80,201 feet.

Later in 1999, NASA, together with Helios, built a refined High-Altitude, Long-Endurance UAV that broke the previous altitude record by Pathfinder Plus by flying 96,000 feet above the earth in 2001.

How exciting this must have been then, right?!

Many diverse applications of solar panels have come up since then, including in flights and home building, as seen in Solar Roof tiles.

Who Invented the Solar Panels?

In 1876, William Grylls Adams and Richard Evans Day later discovered that selenium could also create electricity when exposed to sunlight.

He discovered that light could increase electricity generation when two metal electrodes were placed in a conducting solution.

It was later, in 1883, that Charles Fritts made the first selenium solar cells, and that’s why some people credit him as the first inventor of an actual solar cell.

What Are the Different Types of Solar Panels?

There are two main types of solar panels:

They are the most common type, produce the highest efficiency rates, and are mainly used in commercial buildings.

Monocrystalline modules use black cells that look like small squares with rounded edges.

And although more expensive, monocrystalline modules give the best conversion performance both in high heat settings and indirect sunlight conversion.

Polycrystalline modules are also made from bluish silicon crystals and are less uniform.

These types of solar panels were prevalent in the market because of their lower costs but are now taking a backseat thanks to the cutting-edge development of monocrystalline solar panels.

Why Did Solar Panels Become Popular?

Solar panels have become widely accepted by households and corporations for numerous reasons.

However, there are two main reasons why they’re popular today.

The University of Delaware constructed the first ever solar building and called it Solar One in 1973. They used a hybrid energy system that merged solar PV and solar thermal power to supply the building with electricity.

Hoffman Electronics achieved excellent PV efficiency between 1957-1960 by jumping from 8%-14%.

Later in 1985, the University of South Wales broke the record with a 20% efficiency using silicon cells, causing a scientific stir back then.

Fast-forward to 2016, the University of South Wales again broke its previous achievement and managed up to 34.5% efficiency!

Another reason why solar panels are popular nowadays is that they don’t need as much maintenance labor as they generate most of their electricity from the sun during peak hours when the sun shines the most.

Solar panels are also popular because they don’t generate pollution, and they don’t produce as many greenhouse gas emissions.

When Were Solar Panels First Used in Houses?

Historically, humans have been utilizing solar energy since the 7th century B.C., when people used magnifying glass materials to light fires with sunlight.

For religious purposes, people in Greece and Rome harnessed the sun’s rays using “burning mirrors” in the 3rd century B.C, which they used to create ceremonial fires.

Later on, in the 20th century, Chinese civilization documented the use of these mirrors for the same purpose as the ancient Greeks and Romans.

Other early uses included sunrooms in buildings, where sunlight was concentrated in a small area by several large windows to a specific point.

Many famous Roman bathhouses were sunrooms built into the south-facing sides of buildings to receive maximum light.

Also, late 1700 to the early 1800s, researchers found success in using sunlight to power ovens for their long-distance travels.

In the end, you realize that solar power manipulation was a common practice even thousands of years before the era of solar panels.

Solar panels have a 25 to 30-year lifespan. However, this does not imply that they cease to produce power after 25 years; it only indicates that energy production has decreased by an amount that manufacturers deem meaningful.

As long as wind, debris, or other external causes don’t physically harm the solar panels, they will keep functioning for many decades from the first installation.

This is mainly because solar panels don’t have any moving components. As a result, they rarely break internally and are frequently only harmed by external factors like inadequate racking or bad weather.

2.   What Are the Disadvantages of Solar Energy?

Solar energy is expensive and inefficient as they don’t work as well at night (if you don’t have sufficient power storage).

Another downside is that solar panels don’t work in cool, cloudy, or foggy climates and have a negative energy balance.

3.   Where Is The World’s Largest Solar Park?

About $2.1 billion has been invested in the project overall. It symbolizes the most recent achievement in the country’s move toward renewable energy.

The solar park’s site was selected for several reasons, including the availability of land, the area’s high solar radiation, and the low level of precipitation.