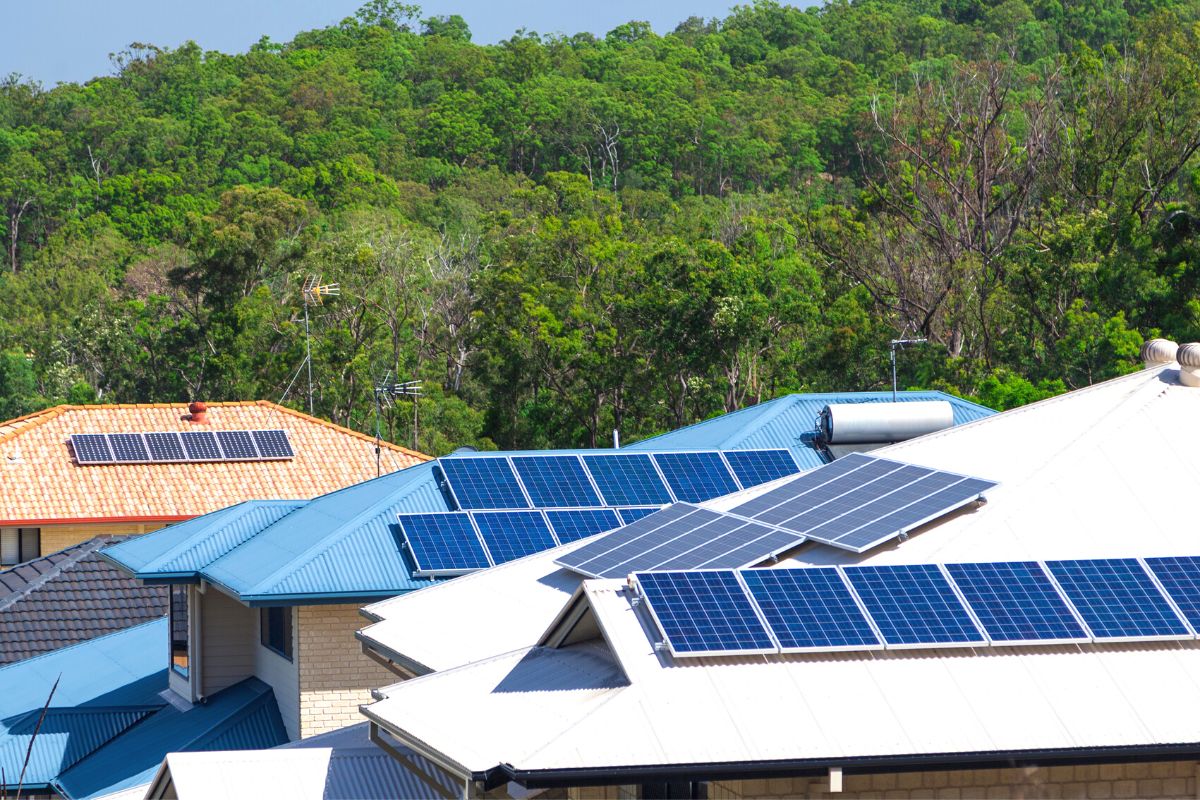 With climate change becoming a growing problem with each passing year, and cost of living being on the rise in many parts of the world, many people have started to look at alternatives to what they can do to reduce their carbon emissions and save some money.

With technology always evolving, the average household has more options now more than ever to achieve this in a way suitable to them. Two of the most popular choices are solar panels and solar tiles, but what is the difference and which one is better for you?

While both tiles and panels will deliver solar energy, there are differences in terms of price (panels are generally cheaper), efficiency, installation process (panels tend to be easier) and aesthetics (solar tiles can ‘blend in’ with the house design). While solar panels have been around for decades, solar tiles are relatively new – its further development is something to watch for.

Let’s dig a little deeper to learn the differences, pros and cons.

How Does Solar Energy Work?

The sun’s rays have been converted into usable solar energy for centuries. In the modern day, the most common way to use the sun is by installing solar panels or solar tiles as high up as possible, with direct exposure to the sun, and through technology it converts and generates clean electricity which then powers our homes and businesses.

Fundamental to this process are solar cells. When sunlight hits these cells they convert the sun’s energy into usable electricity. There are two kinds of solar cells; monocrystalline and polycrystalline.

The main difference between these two kinds of solar cells is that monocrystalline are made up of single silicon crystals whereas polycrystalline consists of a number of crystals which have been melted and fused together.

What Is the Difference Between a Solar Panel and a Solar Tile?

Solar panels are the large blue-coloured sheets of glass you most often see attached to the roofs of homes and buildings. They are individually attached to frames and brackets and sit on top of the roof, whereas solar tiles are built as part of the roof, often a section of the roof.

Both work similarly in that they use solar cells, convert the sun’s energy into electricity and power the home, however when you dig a little deeper, the differences are noticeable.

Solar panels have been available in the consumer market for longer than solar tiles have, meaning they are more efficient when it comes to converting energy from the sun and producing electricity to power your home and reduce your energy bills.

Less solar panels are required to produce the same level of electricity when compared to solar tiles, meaning they take up less space and cost less to install and manage. Solar tiles are said to have an efficiency rate of between 10 and 20%, whereas in comparison solar panels generally produce a minimum of 16%, with the higher end panels producing levels of up to 22%.

It is important to mention, however, that solar tiles are constantly improving in their design, technology and efficiency so don’t be surprised if those rates climb in years to come.

The installation requirements and process

A major difference between the two options is the installation process. Solar tiles are only a viable option for you if you have bought a new home and you install them before moving in, or you have decided to change the entire roof of your existing home. Installing solar tiles requires the entire roof to be re-done as all the tiles must be perfectly in sync for them to be effective.

Solar panels, on the other hand, are much easier to install. There is no extensive construction work required, which instantly makes them significantly cheaper, whilst the installation process is much more simple. The panels are mounted on brackets which are placed strategically on the roof where they have maximum exposure to the sun.

Solar panels are not subtle by any means. Many people complain about how they stick out and attract attention because of how big and bulky they are and the blueish tint hardly ever blends in with roof tiles. This is a big sticking point for people who value the aesthetic of their home.

Solar tiles, on the other hand, are designed to give off an integrated look. They sit flush with the rest of the tiles of the roof and are much more subtle. It is a smart and sleek look which adds a futuristic twist to your roof as well as helping your energy bills become more manageable.

Solar panels have proved to be very durable with each panel expected to last between 20 and 25 years. This is backed up further by industry standard warranties of over two decades! Furthermore, solar panels are very easy to replace and fix if they develop a fault, so if you do decide to go for them you can rest assured that they will stand the test of time.

Solar tiles, on the other hand, have only been around for a few years and it is still difficult to say with certainty how resistant they are, however, early signs are very promising. Tesla, the electric car manufacturing giants, who have entered the solar tile market, are so confident in their tiles that not only will the tiles last for multiple decades, but they will actually protect the roof underneath as they have been designed to withstand all of the harshest weather elements.

In addition, many solar tile companies also provide a 20-year warranty on their product. Yes, solar tiles are unproven in comparison to solar panels, however, if the early signs are anything to go by, they could be very secure investments regarding their ability to last over a long period of time.

Are Solar Tiles Worth It?

If you’ve decided to go with solar power to reduce your costs and do your bit for the planet, you then need to decide which one you prefer. Solar panels have been around for quite some time, and by this point, you know what you’re getting with them.

Solar tiles however are relatively new, so it’s important to think carefully and do as much research as you can with the limited information available, before taking that leap. It’s important to remember that though the cost of both panels and tiles will continue to decrease over time, solar tiles will always be significantly more expensive. This is due to the complexity of the installation involved, and especially if the entire roof needs replacing.

What you are getting for the added cost, is newer, more innovative technology which has a more impressive aesthetic and is predicted to last a very long time. Having said that, unless you are building a home from scratch, at which point it is the ideal time to go for solar tiles, then installing these tiles can be quite unfeasible.

They are also significantly more expensive and don’t yet produce the same amount of electricity that solar panels do.

Solar tiles are definitely one to keep an eye on for the future but it might be worth holding out for a little longer, letting the prices drop further, and letting their productivity increase a bit more before splashing out on solar tiles.

Can solar panels or tiles cause roof leaks?

Being placed on the roof, solar panels or tiles are directly exposed to all the weather elements, including heavy rainfall and thunderstorms, so there is a risk of them being damaged and potentially causing a leak in your home.

These panels and tiles, however, are built very well and in the case of the solar tiles, are said to be even more secure than regular roof tiles. In addition, they are always installed by experienced and certified experts and come with very long warranties.

So the chances of your solar panels or tiles being the cause of a leak are very slim.

Can solar panels/tiles be installed on a flat roof?

Whenever we see a solar panel or tile on a roof, that roof is tilted at an angle so there is a common misconception that these solar panels/tiles can only be installed on that style of roof.

The reason we never see them installed on a flat roof is that we can’t see a flat roof from ground level. In fact, installing them on a flat roof is actually more beneficial for efficiency as the panels/tiles are exposed to direct sunlight for a longer amount of time than if they were on a slanted roof.

Can the wind blow off solar panels/tiles from a roof?

A big concern for homeowners is whether their tiles and especially panels, because of how bulky and heavy they are, can become a hazard during bad weather.

Let’s say you live in a place like Florida, which gets plenty of sunshine throughout the year so is an ideal place to install panels and tiles, but is also a hot spot for hurricanes and very windy storms, should you still go ahead with solar?

It’s difficult to say for certain, as when hurricanes and tornadoes hit, nothing is safe, including solar panels and tiles. However, barring extreme circumstances, these tiles and panels are very well built, and properly tested, and installation is carried out by trained and experienced professionals. This is also partly why the initial investment cost can be so high.

Just be sure to do plenty of research before taking the plunge, and go with a company that has lots of reviews and a sterling reputation.