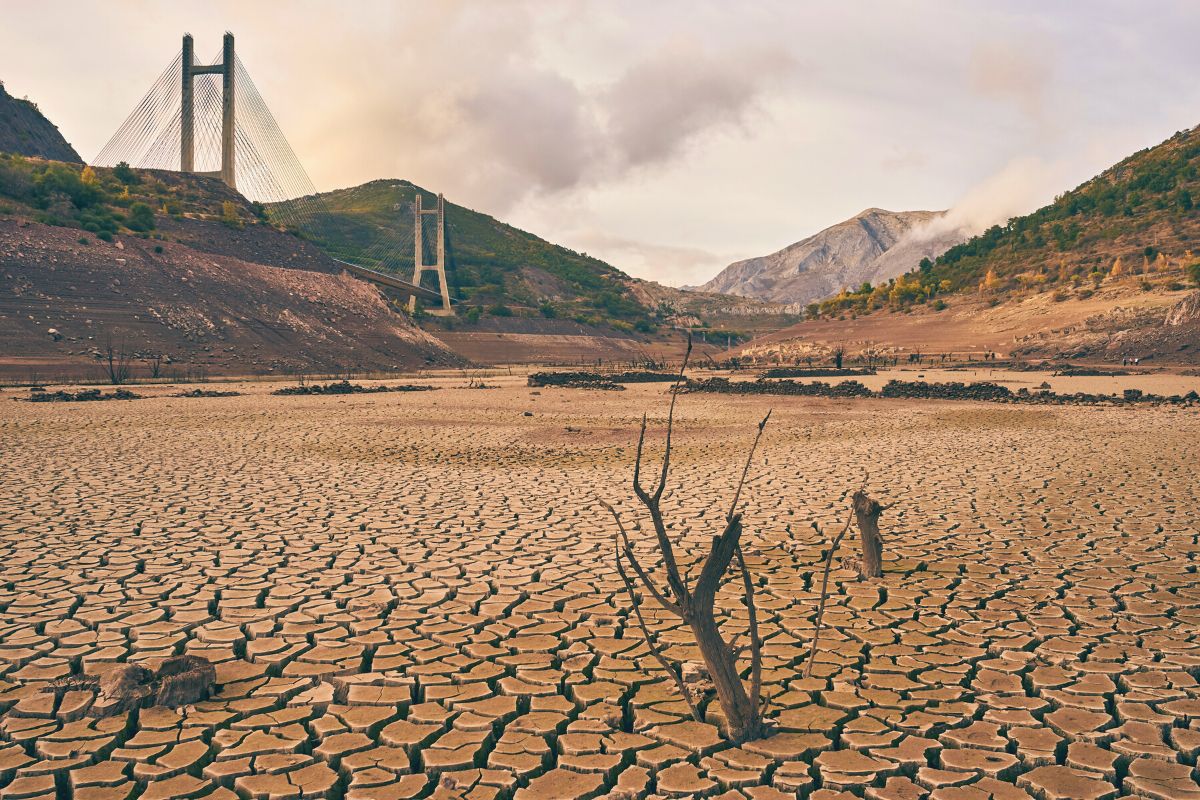 Climate change is a scary issue.

The idea of irreversible damage to our world should be more than just scary though. It should be petrifying.

Humans have put out about 2500 billion tonnes of C02 into the atmosphere since 1850. The world has increased by about 1°C for it.

And the longer we keep this up, the more we’ll just have to cope with year after year. And I’m talking about rising temperatures, flooding, the loss of farmland, and many other issues on a global scale.

(Unless of course we inhabit Mars.)

Related Articles: What Does Living Off-Grid Mean? and How Do Solar Panels Help Climate Change?

While there’s wide scientific agreement that climate change is man-made, it’s probably worth unpacking the “man-made” part of this statement. Who’s responsible for this mess?

And thankfully, we’ve gotten some answers. And they may surprise you.

While we know that the effects of global warming can’t be stopped, we can keep them from becoming worse. We’ll never go back to the planet we once had, but we can make the most of the one we have now.

In this article, I’ll be covering the culprits of this sorry state of affairs and outlining how we can improve this situation.

In 2015 an investigation was conducted that found that a famous multinational oil and gas company knew about climate change for decades. But:

They were extremely effortful in their attempts to prevent measures dedicated to cutting emissions.

Why would they do this?

In fact, in the 1970s it was found that big oil companies were actively embracing renewable energy.

However, with time and oil crises, their narrative shifted.

Exxon CEO Rex Tillerson argued that cutting oil to help in the fight against climate change would make it harder to reduce poverty. For quite some time, there was a belief that climate action would send us broke!

Nowadays, many are disputing this belief and suspect that maintaining corporate profits may be the real issue here!

To add fuel to this fire, did you know that just 100 state-owned and investor fossil fuel companies are responsible for about 70% of GHG emissions?

This answers the question of who is responsible for global warming and brings me to my next point.

The modern narratives pushed by many major conglomerates take the responsibility off themselves.

And onto the individual. How convenient!

While individual responsibility matters and each effort adds up to improving the state of our world, without equal corporate responsibility, it’s not enough.

For example, while 33 billion tons of carbon dioxide are produced annually, only 8.1 tons can be attributed to the typical US household.

A 2019 Influenced Map report showed that the five biggest oil and gas companies that are publicly traded invested over $1 billion, following the Paris Agreement, on misleading branding and lobbying related to climate change.

Producing scepticism and shreds of doubt is all they need to continue their production, while falsely advertising as having huge plans for renewable energy and to protect the environment.

(Public relations is something, isn’t it?)

Pair this with attempts to cheapen fossil fuels and make it more challenging to get affordable renewable energy, and you’ve got yourself a successful, yet immoral, strategy.

However, I’ve got to balance this out by noting that C02 emissions dropped 17% from 2019 levels due to the COVID pandemic and the related lockdowns.

So individual emissions are still quite impactful, in particular, transportation.

Who is responsible for global warming in terms of countries?

Well, wealthy and developed countries have been huge contributors to climate change.

The United States, much of Western Europe, Japan, and others have caused 50% of all the GHG emissions from industry and fossil fuels in the last one hundred and seventy years or so.

And since that time we’ve experienced:

Which can all be attributed to climate change.

It’s also been found that countries with the biggest historical responsibility for the climate change crisis also have the largest influence on the regime for climate change.

We can only hope that the world is learning from its mistakes.

And to add fuel to the fire (an inappropriate metaphor at this time, I know) poorer countries have had to request compensation from wealthier ones for damages they’ve experienced owing to climate change.

But developing countries aren’t in the clear.

China, for instance, has become the world’s greatest carbon dioxide emitter from industry and energy at 31% of our C02.

But what activities are these countries doing that are causing such high emissions?

Some primary causes include:

How Is Australia Doing with Climate Action?

Australia is responsible for 1.2% of global greenhouse gas emissions. According to reports, this puts Australia at about 14th in the world. It is important to point out that, with a population of just under 26 million spread across a massive territory, Australia will always appear to be a ‘low’ offender, but when we look at the per-capita rate, it is a very different story!

On top of this, Australia is a leading export of… coal!

Australia is the biggest exporter of coking coal. And exports of thermal coal as the second biggest. Both are burnt and contribute to greenhouse gases.

The country’s fossil fuel exports account for 3.6% of global emissions.

Now, who is responsible for moderating what these countries and corporations can and can’t do?

Well the Environmental Protection Agency, or EPA, is responsible in a few ways:

They’re vital in the fight against climate change, but ultimately, it takes deliberate action from all parties involved to make a major change.

The European Union, for instance, has adopted ambitious targets, hoping to reduce its emissions by 55% by the year 2030.

According to the Green Deal, a set of long-term policy initiatives, the EU plans to be the first continent that is carbon neutral by 2050.

The Paris Agreement is also well worth mentioning as its the most important climate agreement up till now.

There are 193 parties to the agreement, all of which have taken pledges to set targets to reduce emissions, with the idea of keeping the global temperature below 1.5°C.

The Wealthy Are Hurting the Environment

It has been found in a study conducted by the University of Leeds of 86 countries, that the wealthiest 10% of the population uses about twenty times more energy than the poorest 10%.

That’s a terrifying statistic if you think about it!

Now, of course, a lot of this comes from emissions from vehicles as well as excess home energy consumption.

Nevertheless, it goes to show how wasteful we can be as people.

And we’re currently pushing three times the carbon emissions we produced 50 years ago.

So of course we’d want to improve in every way we can.

Even if it’s just encouraging the wealthy to switch their energy to solar, and to use bicycles every once and a while!

Only time will tell us whether corporations decide to shift their priorities honestly.

Whether offending countries will get their act together and shift to renewable energy.

And if the wealthy will stop consuming so much energy.

The best we can do is do our part and share the truth about the realities that we are facing.

Otherwise, generations to come are in for a rough time indeed.

Who is the most responsible for world climate change?

While currently, China is making the highest CO2 emissions in the world, historically and in total, the US has caused the greatest amount of C02 emissions. The US is responsible for about 20% of the global total, while China has caused 11%.

Who can stop global warming?

While individual efforts are important in the fight against global warming, big changes need to take place within large corporations, particularly fuel conglomerates, for meaningful change to occur.

Can climate change be stopped?

Climate change can never be undone, but further damage can be slowed down and in the future, hopefully, prevented altogether. It’ll require deliberate change from major emitters all over the world.