It took me ages to start composting my food scraps! But maggots did it for me!

“Don’t come in here” screamed my husband all the way from the kitchen as I was comfortably sipping a cup of tea in bed on a lazy Saturday morning! Of course, that had the opposite effect and off to the kitchen I went.

“There are maggots everywhere!” He added.

So, the disgusting scene of dozens of maggots crawling out of our garbage bin and spreading around the floor was the final straw for me! Food was no longer going there – it had to be properly disposed.

The was the beginning of my journey towards finding the perfect compost system for our family!

Why is Food Composting Good?

Apart from minimizing – pretty much eliminating – the risk of flies laying eggs and making babies in my garbage bin, I found out that composting food brings many benefits!

The first and most obvious one is that once that waste is broken down, it can be used in the garden as a nutrient for the soil. So, food pretty much goes back to where it came from!

But one thing I did not realize until I researched was… shock horror… food waste, when ends in landfill, releases methane, a powerful greenhouse gas way more potent than carbon dioxide, during as it decomposes.

The idea that our food waste was producing methane was pretty scary!

What Can Be Composted?

The short answer is… pretty much any organic matter, however it will depend on what sort of composting method you use!

Most fruit (apart citrus) and vegetables can be composted using any system.

But things like meat, bread and citrus are often left out in ‘traditional’ composting methods.

So, I was determined to find a method that allowed me to compost much more than fruit and vegetables.

After doing my homework, I came across ‘Bokashi’ and it was perfect for me!

Bokashi means ‘fermented organic matter’ in Japanese. With Bokashi composting, you put your food scraps in a bucket and add a special bran to it. The bran contains micro-organisms that will help with the ‘fermentation’ process. The food will break down in your bucket.

Most Bokashi buckets have a tap down the bottom to release the liquid inside. That liquid can be used in the garden – but be careful it is very acidic and safer if diluted in a lot of water.

Once you bucket is full, it needs to be either buried or put into a traditional compost bin – that’s what we do at home.

For me, this system’s biggest selling point is that you can put pretty much any organic matter there: fruit (citrus included), vegetables, meat, bread, tea (tea bags included), coffee, newspaper, paper (small amounts are recommended).

Bokashi has allowed us to reduce our food waste going to landfill to pretty much zero!

There are many great reasons to do composting and although the benefits of composting may require a bit of extra work, the rewards are well worth it as outlined in an article by the EPA.

The benefits of composting are numerous! It is a little bit of work for a lot of rewards! 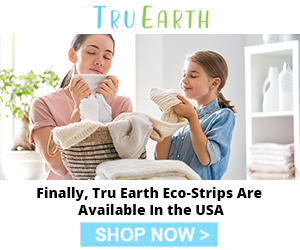